For a one night stand.  Now, don’t judge.  Girls like to have fun too.  Well, actually this probably won’t be that fun for them but we will be having some darn cute goat kids running around here come spring that will want their bottles and will be inside watching television like Elsa did last April.  It is one of our favorite times of year.  Not only will we be surrounded by adorable babies but we will have fresh milk to enjoy and to make all of my cheeses with.  I will also have enough this year to have a proper milk share program.  I won’t have to hog it all.  Well, in order to do this we gotta go find a man.  We loaded the girls up and headed on the hour and a half drive to Cassie’s house.  Cassie has a lot of good looking male goats at her house.

When we got there the males were leaning against the fence, wrestling each other out of the way, and hoopin’ and hollerin’ at Isabelle.  “Hey Mama!”  They were whistling and carrying on and saying things that probably were not appropriate for young ladies’ ears so we took the girls down to the barn.

Cassie was surprised at how big Elsa was for her age.  She gave us the green light to breed her too.  So we picked out a smaller, nice looking Alpine to make babies with.  We are hoping that she will throw color (which means have colored babies).  Isabelle is reuniting with her old flame, Larry.  He is one good looking son of a gun.  Tall, long hair, a little shaggy, a bit of a hippie, nice colors in his coat.  I picked him before I realized he was Elsa’s dad.  So, Isabelle and Larry will hook up once more and make more Elsas.  Since white is the dominant color in goats (didn’t know that) there is a good chance that some of the goat babies will be pure white.

I was sad to leave them there but they didn’t seem too concerned.  Isabelle was eating and Elsa was picking on goats two months younger than her.  We also looked at a few babies while we were there.  They are all six months old.  I am getting a Nubian.  Next to Dwarves they have the highest butterfat content in their milk.  They are ridiculously adorable right now but I rather fear they aren’t too pretty when they grow up.  It’s what’s inside that counts, I guess. 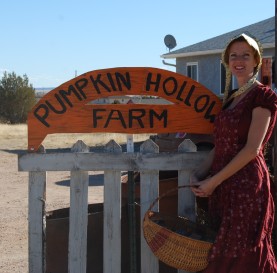 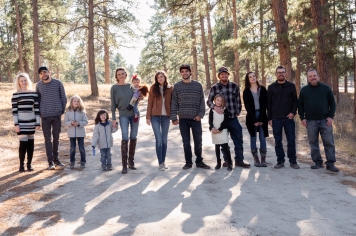