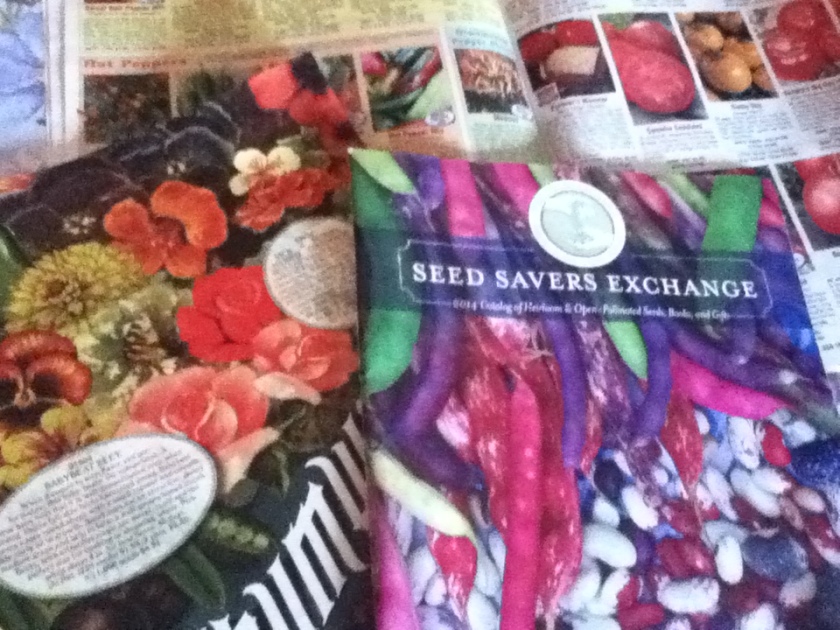 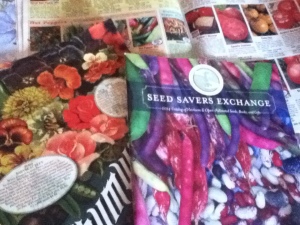 Well, I fell prey.  I suppose that is what Farmgirl School is all about.  Learning!  I see why these gloriously colored catalogues come in the depths of cold and winter.  Their shiny paper and brightly hued pages.  Pages and pages of rainbow colored cauliflower and watermelons that look like solar systems.  Why, I just have to have them all!  But, I was particularly taken this year.  The catalogue I chose to get my seeds from looked like an old fashioned catalogue.  It looked like Laura Ingalls probably ordered from it.  It had a nice man on the front who looked like he was from the 1800’s.  I was smitten.  $400 later….I waited for my seeds!

Most of the seeds came immediately.  That gives me time to sit and play on the dining room table with seed packets.  It is hard to tell what to buy.  In seed catalogues the seed count is hard to envision.  I surely needed 1000 beet seeds, right?  And 50 seeds of cabbage ought to be enough.  They are so small though, the 50 dissipated real quick once out in the garden bed.  I’ll have beet seeds for five years.  I probably should have ordered more carrot seeds.

Here is Colorado, one thing we can grow well is potatoes.  Which is a darn good thing because our genetics in this family demand potatoes.  Many, many potatoes.  Every bug that loves potatoes knows where to head.  They are migrating to Colorado to get them some potatoes.  Heck, one of the most fierce adversaries of potatoes is named after us.  The Colorado Potato Beetle.  But, we have learned to outsmart these monsters.  Plant early.  They aren’t out yet.  April 1st-April 15th, get those potatoes in the ground!  They will be virtually bug free.  On the flip side of that, one could plant late, say the end of May, and outsmart them that way too.  However, our garden season is fleeting and the potatoes may not have enough time to get big enough to store.

The folks at R.H. Shumway were oblivious to this matter, apparently.  I called last week to find out where my potatoes and onion sets were.  “Ma’am, according to your zone we will be sending them the first week of May.”  Say what?  I explained how that will never do.  She said she would see if they could ship them out earlier.

Yesterday, I received a box in the mail from the folks at the brilliant marketing catalogue place.  Potatoes?  Nay.  Tomatoes!  Tomatoes?  What the frick, it’s the end of April, I cannot plant tomatoes until the 15th!  I also was wooed into believing that I was paying for established plants.  Lazy?  Perhaps.  But, I couldn’t decide between varieties, and they had a heck of a package deal.  So, I have 32 of the saddest looking seedlings in my kitchen window right now.  I pray they make it.

Meanwhile, down at my local garden center (Holly Acres), which is owned by my children’s friend’s mom, that is a mere few miles from my house, is brimming with onions and potato sets.  Should I head to the next town, every organic, and fabulous seed packet possible is set up to please the eye of the gardener.  A garden center (Tagawa Gardens) that is owned by a family and that gives back generously to the community.  Am I not the one that constantly harps on folks to buy local?  Buy from small ma and pop’s?  If I had followed my own advice (ha! famous last words) I would have potatoes and onions coming up already, no bugs in sight.  I would have tomatoes of a healthy size.  I would have the right amount of seeds for my goals.  I would have supported my local community and I would not have fallen for a catalogue that was clearly beautified for marketing to farm wives in the midst of winter.

Next year I will go to my local plant nurseries.  In the meantime, I will wait for the potatoes to arrive.

Katie Lynn Sanders is the author of seven books, has been a speaker on sustainable living, and loves all things wine, regenerative agriculture, homesteading, travel, food, arts, crafts, books, and finding enchantment and inspiration in the smallest things. She lives on a one acre farm and vineyard, Pumpkin Hollow Farm, with her husband, fourteen chickens, three ducks, a giant Pyrenees, two goats, five cats, and visiting children and grandchildren in southern Colorado. View All Posts

10 thoughts on “Seed Catalogue Woes (and the local nursery)” 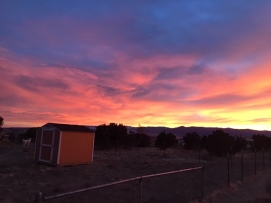 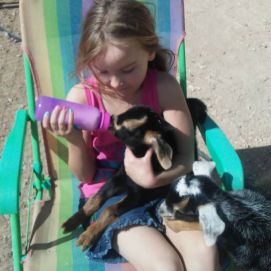 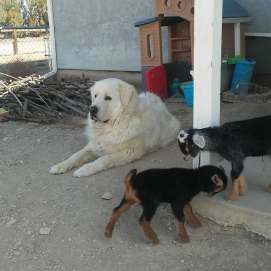 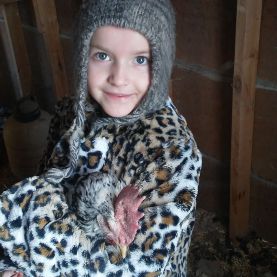 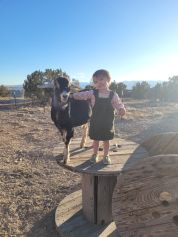